How to learn English accent at Spoken English India in Bangalore is not a secret but it does require a deep insight into the sound of English diction as opposed to all the Indian languages from North to south as well as from East to West.

I am talking about the general neutral accent of the language called English as opposed to all the Indian languages; and not about the US, the UK, and Canadian, Australian or Irish accent in particular.

The very first difference makes them 180 degree opposite to each other. The difference lies in the verbal rendering of the phrases with two or more than two words in them. Mostly these phrases comprise adjective-noun combinations; or else combinations of adverbs, adjectives and nouns.

In English, it is the other way round. Here we emphasize all the words in a phrase. But we do so with a progressively increasing emphasis on them. It means the strength of emphasis goes on increasing from the first spoken word to the last one in it. The last word of the phrase gets the maximum emphasis while speaking the entire thing in one single go. 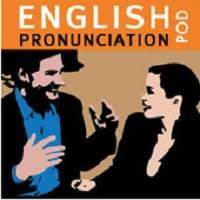 But even before that, the very pronunciations of the single words that are taught to the Indian students in their schools by their English teachers are essentially wrong. I am not talking about a few complex words. I am talking about thousands of the most simple basic words that make up the bulk of the language.

One cannot speak a language with its proper neutral accent in case one does not know the correct pronunciations. You need to unlearn all the wrong pronunciations taught to you in your schools your English teachers first!

How to learn English accent effectively?

When it comes to speaking an entire sentence, you need to be aware of words and phrases that are important. You intend to give them more importance than the rest of the words in the sentence. Then speak them all with an emphasis coming from deep inside the core and not from the voice box alone. When it comes to figuring out how to learn English accent, this biological core training is of utmost importance. It imparts an aspect of voice modulation to the rendering of the entire sentence. In the Indian languages, such emphases do not make an important part of their diction.

What about the rest of the words that do not carry as much weight as the words deemed to be more important than them and hence spoken with an emphasis coming from deep within the core?

Such words are made to shrink in terms of their rendering time. It’s the time that is given to speaking them in the flow of the entire sentence. It makes them somewhat less clear to listen to. But the listeners are supposed to guess them. That becomes possible by their long-term familiarity with the culture of the language, i.e., English.

This shrinking also adds another aspect of speed modulation to the rendering of the entire sentence with a neutral English accent in a very interesting flow of it which quite effectively keeps the monotony of a long-term speech away from it.

As far as the sound of the accent is concerned, the neutral English accent is highly musical with emphatic rhythms accompanying its melody in between.

How to learn English accent at Spoken English India in Bangalore is assuming as much concern here as speedily the international business is going on spreading its roots deeper and deeper in this city that is the climatic heaven of India.

Do you want to learn English accent in its internationally accepted neutral form? It helps in eradicating your mother tongue influence on your accent when you speak English.

The Courses We Offer:

You can give us a call or email us on info@spokenenglishindia.com to join any of the above-mentioned courses and once you have done so, we will convey to you how to complete the rest of the formalities before you start attending your classes.

» get directions on Google Maps